Mechanics of Soft Matter and Biomechanics

Cellular and biomolecular engineering is at the cutting edge of engineering and applied sciences. Integrating engineering, biology, biochemistry and medicine, research in cellular and biomolecular engineering focuses on the development of micro- and nano-scale engineering approaches and technologies, and their application to studies of biological molecules and cells. It involves the understanding, control, manipulation and modification of cell behavior and functions using combined engineering, genetic, biochemical and biological approaches. It also includes the quantitative detection and analysis of proteins, nucleic acids and their interactions in biological and clinical samples; design, synthesis and characterization of biopolymers, nanoparticle bioconjugates, therapeutic drugs, biomolecular sensors, motors and machines as well as nano-structured devices. The development and application of innovative cellular and biomolecular approaches for the detection, diagnosis, treatment and prevention of human diseases is expected to produce major breakthroughs in medicine.

In this talk I will review the recent developments in the cellular and biomolecular engineering field, and demonstrate its potential using examples in engineering molecular imaging probes for disease diagnosis and molecular machines for treating single-gene disorders. The opportunities and challenges in this exciting field will be discussed.

Dr. Bao’s current research is focused on the development of nanotechnology and biomolecular engineering tools for biological and disease studies, including molecular beacons, magnetic nanoparticle probes, quantum dot bioconjugates, protein tagging/targeting methods, and engineered nucleases. These approaches have been applied to the diagnosis and treatment of cancer and cardiovascular disease, viral infection detection, and the development of gene correction approaches for treating single-gene disorders.

We have developed models for the early growth of epithelial tumors with a special insight in melanoma. Current diagnostic methods for skin cancers are based on some morphological characteristics of the pigmented skin lesions, including the geometry of their contour. A correct model must account for the biomechanical characteristics of the tumour micro-environment, and evaluate their influence on the tumour morphology and its evolution. The spatial distribution of tumour cells and diffusing molecules are explicitly described in a three-dimensional multiphase model, which incorporates general cell-to-cell mechanical interactions, a dependence of cell proliferation on contact inhibition, as well as a local diffusion of nutrients and inhibiting molecules. We derive a 2D model in a lubrication limit accounting for the thin geometry of theepidermis. We quantify the contour undulations obtained in our simulations occurring in melanoma growth in term of biomechanical factors with analytical techniques (WKB analysis developed for partial differential equations). Finally, comparing the theoretical results with a large amount of clinical data we show that our predictions describe accurately both the morphology of melanoma observed in vivo and its variations with the tumour growth rate. Another aspects useful for the clinical diagnosis of skin cancers is based on the presence of microstructures (e.g. dots, nests) sparsely distributed within the tumour lesion. I will show that these patterns might be originated by a phase separation process. In absence of cellular proliferation, our binary mixture model contains a cell-cell adhesion that leads to a governing equation of the Cahn-Hilliard type. Taking into account a reaction diffusion coupling between nutrient consumption and cellular proliferation, we show, both with analytical and numerical investigations, that two-phase models may undergo a spinodal decomposition even when considering mass exchanges between the phases. This spinodal decomposition may explain the absence of necrotic core for melanoma. 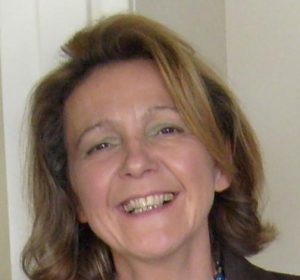 Martine Ben Amar is a Professor of “Université Pierre et Marie Curie in Paris “and Member of “Institut Universitaire de France”. She is a researcher in the department of Physics of Ecole Normale Supérieure of Paris since 1985. In 2000, she was an invited professor in the department of Mechanical Engineering, MIT. Martine Ben Amar did her thesis in atomic physics in Orsay, then joined the theoretical group of nonlinear physics in ENS. Her main interests concerned free-boundary problems in interfacial flows, elasticity (fracture, shells, spatial singularities in elasticity) and soft-matter. Recent research concerns biophysics and biomechanics, bifurcation theory and variational methods in exact elasticity.

Friction is one of the major challenges among all physical phenomena, resulting in about 30% dissipation of all energies used in our society. Superlubricity is a regime of motion in which friction vanishes or very nearly vanishes. It may occur when two crystalline surfaces slide over each other in dry incommensurate contact. This effect, also called structural lubricity, was first suggested in early 1990’s. In the last two decades, structural lubricity was only observed in the nanoscale and high vacuum environments, and was not persistent. Some people predicted that superlubricity wouldn’t be possible on microscale or larger.

Upon shearing a microscale lithographically defined graphite mesa, the sheared section retracts spontaneously to minimize interface energy. We found a sixfold symmetry of the self-retraction and provided a first experimental estimate of the frictional force involved, as direct evidence that the self-retraction is due to superlubricity, where ultralow friction occurs between incommensurate surfaces. The effect is remarkable because it occurs reproducibly under ambient conditions and over a contact area of up to 10´10 µm2, more than 7 orders of magnitude larger than previous observed in graphite. By analyzing the sheared interface, we show how the grain structure of highly oriented pyrolitic graphite determines the probability of self-retraction. We also provided [6], for the first time, a direct measurement of the basal plane shear strength of single crystalline graphite. Our further experiments indicate that superlubricity may occur at macroscale (dozens of centimeters).

These results open the way for practical applications of superlubricity in micromechanical systems. 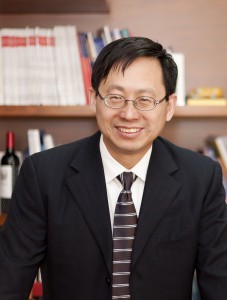 Quan-Shui Zheng received his Ph.D. in mechanics from Tsinghua University, China, in 1989. He had visited UK, France, Germany, USA, and Australia for more than 5 years as a research fellow or visiting professor. Since 1993 Dr. Zheng has held a full professorship and then Yangtse chair professorship at Engineering Mechanics Department, of Tsinghua University. He had served for seven years as the Department Chair. Prof. Zheng is the funding director of the Center for Nano and Micro Mechanics (CNMM), of Tsinghua University, an international multidisciplinary research center addressing impacts of deformation and motion to nano- and microscale properties and devices. Zheng is now also the Editor-in-Chief of Acta Mechanica Sinica, an international journal founded in 1985, and a board member of about ten international journals. Dr. Zheng has a broad of research interests in: Nanotechnology (since 2000, novel solutions for nano- and microscale devices, transportations, and flow); Solid Mechanics (since 1990, mechanics of heterogeneous and/or anisotropic materials); and Applied Mathematics (since 1980, theory of representations for tensors and tensor functions and rational mechanics).

With the rapid development of nanotechnology, various types of nanoparticles, nanowires, nanofibers, nanotubes and nanosheets have emerged with an ever increasing list of potential applications for next generation electronics, microchips, composites, barrier coatings, biosensors, drug delivery, and energy harvesting and conversion systems. There is now an urgent societal need to understand both beneficial and hazardous effects of nanotechnology which is projected to produce and release thousands of tons of nanomaterials into the environment in the coming decades. This talk is aimed to summarize some recent studies at Brown University on the mechanics of cell-nanomaterial interactions, including the modelling of nanoparticles entering cells by receptor-mediated endocytosis and coarse-grained molecular dynamics simulations of nanoparticles interacting with cell membrane. The discussions will be organized around the following questions: Why and how does cellular uptake of nanoparticles depend on particle size, shape, and elasticity? In particular, we will discuss the influence of nanoparticle size on receptor-mediated endocytosis, the effects of elastic stiffness and surface structure of nanoparticles on cell-particle interactions and how cylindrical one- and two-dimensional nanomaterials such as carbon nanotubes and graphene enter cells. 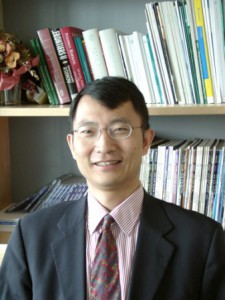 Huajian Gao is the Walter H. Annenberg Professor of Engineering at Brown University, an editor of the Journal of the Mechanics and Physics of Solids, and an member if the National Academy of Engineering of USA. He received his B.S. degree from Xi’an Jiaotong University in 1982, and his M.S. and Ph.D. degrees in Engineering Science from Harvard University in 1984 and 1988, respectively. He served on the faculty of Stanford University between 1988 and 2002, and was appointed a Director at the Max Planck Institute for Metals Research between 2001 and 2006. He is the recipient of numerous academic honors, ranging from a John Simon Guggenheim Fellowship in 1995 to recent honors including the the Charles Russ Richards Memorial Award from the American Society of Mechanical Engineers and the Alexander von Humboldt Prize from Germany in 2011, and the Rodney Hill Prize in Solid Mechanics from the International Union of Theoretical and Applied Mechanics in 2012. He has authored or co-authored more than 300 journal papers, with total citations exceeding 12K and an h-index of 56.